Hello guys, i’m still developing one pack using the Dolibarr API, which uses Swagger. This ain’t a problem, as everything is working fluently, but today i found a problem:

Some of those columns do have content, but some are trying to get info from the API, but it’s blank and it’s permanently trying to retrieve data.

Here’s an image of the code, if someone has some doubts about it or any idea on how could this be optimized, it’d be pretty helpful. 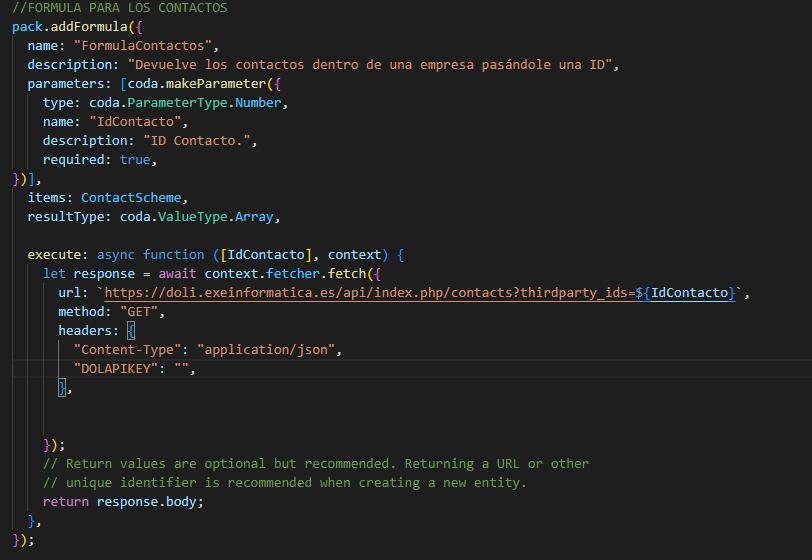 Hi @Pedro_Jimenez - I have seen this recently too, and I think it may just be a visual bug. Hovering over the cells removes the syncing icon, at least in the cases I’ve seen. If your case appears different you should open a support ticket, so they can dive deeper into your specific document.

Hi @Eric_Koleda, i found that it was a visual bug, or that’s what i tought at first; When i did use it on a bigger document, the document was unable to perform the button actions correctly, since it was syncing for a lot of time;

My first tought is that, because it is a formula, it is maybe trying to update itself constantly so it’s lagging the document? I did look the logs and found it is repeating itself, but stops at the third loop. 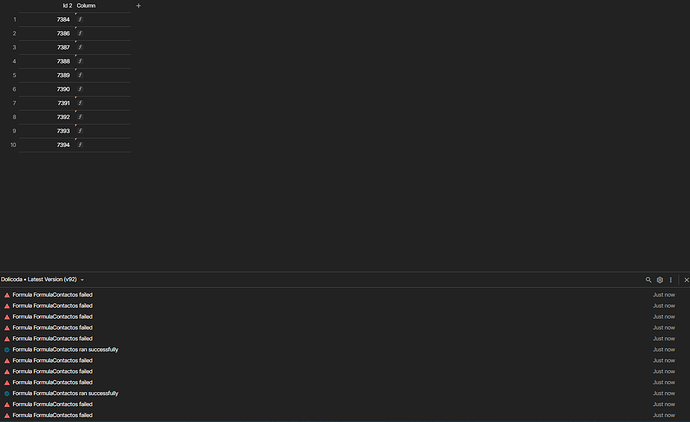 Anyway, i’ll open a support ticket to see if they can maybe try and help me; Thanks for your help!

What is the failure reason for those failed executions (expand the log entry)? Does your formula disable caching (cacheTtlSecs: 0) by any chance?

I don’t have the cache disabled, but wouldn’t that make the it worse?

Yes, disabling the formula cache can make things worse, so keep it on if you can! The error in the logs seems to be coming from the API you are connecting to, so perhaps worth digging in there. In general applying a Pack formula for an entire column of a large table can cause it to run slowly, and it’s a known issue with Packs.

I disabled it at some point, which i don’t remember why, but i’ll try to re-enable it again.
Thanks for the info, i didn’t know it was a known issue, it’s really helpful!