Hi! I am in love with Coda, and I just decided migrate our company wiki from Confluence to here

I just realized the only way to make a callout or give an alert message is with highlights, but, in matter of design it doesn’t feel completely right… There is a lot of platforms that use alert boxes with differents colors and icons to show some relevant info, alerts, and more.

This is how the highlighted text looks right now

It would be awesome to make a custom box with a selectable icons (the same library you guys use everywhere) and selectable color for the box, it would be a lot better than the other predesigned boxes in other platforms.

Good idea!
As now i manage notification with the Notify() formula and dynamic formulas on canvas, but a built-in box like that would be super cool!
An awesome addition to Apps made in coda

While not really an alert box, you can simulate it with a “thin” 2-column table where the first column would host an icon from this library, copied like shown here, and conditional formatting with formula true to color the only row with whatever color you can choose. 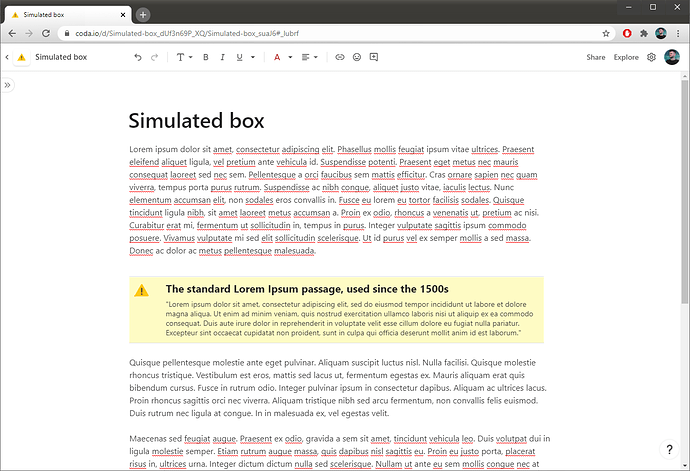 Agree with the request though. This workaround is simply for your convenience meanwhile.

OMG, @Paul_Danyliuk Thank you for this idea! Will be really helpful meanwhile

+1 on this! Having colored blocks like this is a huge win for apps like Notion and Craft.do.

It puzzles me too — the whole point of a block-based text editor is that it’s really easy (from a dev & user perspective) to style/manipulate the blocks, is it not? And adjusting text/background color are among the most basic of such possibilities, so you’d think this would have been possible on Day 1.

[Disclaimer: Going off-topic] I personally was really excited to see block-based text editors increase in popularity these last few years, but I’ve been pretty disappointed. I was not picturing a mere “each paragraph is a block” as seems to be the standard - I think multi-paragraph blocks would be much more useful, or technically I guess blocks within blocks. Then you could really easily create things like colored sections within a page that stand out from one another.

P.s. if you’re in Apple’s ecosystem, I highly recommend checking out Craft.do. Lots of potential here, but not useful to me until they release their web app in early 2021 since I have teammates on Windows/Android.

+1 Thanks for mentioning Craft.do, never heard of it till now.

I really wanted to like Coda but my primary use with Notion is note taking and word doc processing. Currently, Coda dosen’t support code language syntax highlighting (plus their code blocks are really just white transparent boxes surrounding text, which does not emphasize that something is code imo) and they don’t support alert/callout blocks like Notion. Both of these features I use a lot, so I really couldn’t migrate from Notion to Coda.

My only gripe with Notion is that it dosen’t have a native app and has to always be on, it has moments where it feels sluggish as you wait for a basic pages to load. There was a massive outage with their databases a month ago, prompting their CEO to release a letter promising to work on reliability and performance moving forward. This really only highlighted the need for some offline functionality of some sort. I had used Bear before and loved how snappy and responsive it felt b/c it was a native Mac app that backup data on your local machine. But it is really weak in anything beyond basic formatting and lacks the power that Notion has with their blocks.

Craft might just be it. It’s like Notion with its blocks and /slash commands but in a Mac native app, definitely going to check it out!

I was genuinely surprised today to find that this feature is still missing.

Any update on this? I’d love to see callouts added to Coda soon.

I noticed several callouts in one of Coda’s marketing pages, hopefully that means it will be rolled-out soon! 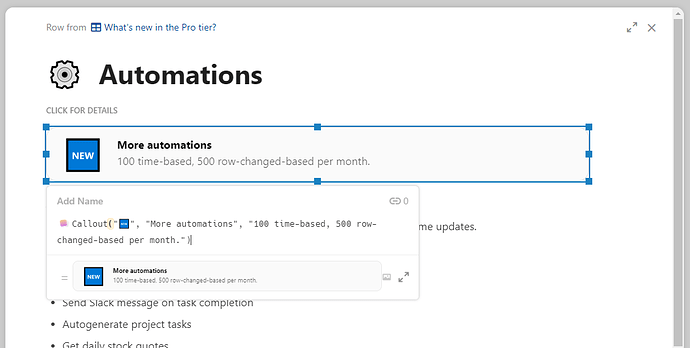 Also surprised this was missing, fwiw. It’s such a common and useful thing for documentation, and I think would be easy enough to implement relative to most of the other complex widgets already available.

Hey Pablo, what you’re seeing is a product of the fact that we’re always building and experimenting. Good things are indeed coming — no formula necessary though.

P.S. What page did you find this on?

@Brian_Klein , any news on this feature?
It is terribly missed.

I saw that there are now solid lines, wavy lines, dotted lines, …
For me, it would be more useful to have callouts.

Do we have a callout release date?

By the way, check out my whole “about us” page for some layouting inspiration 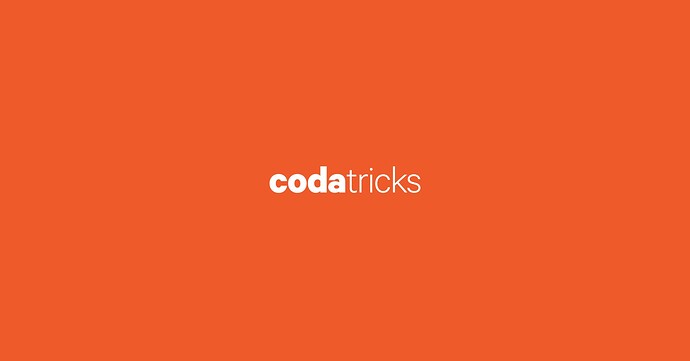 Hey,
I’ve seen (and made) to make a call-out box two evenings ago. But now it has disappeared, is there a way to bring it back? Or was it some initial testing

Project trackers in Coda are like your favorite playlist—they’re curated to help you find what you’re looking for within seconds. Like adding a batch of new songs, this set of new features keeps your project trackers fresh. Time after time(line). When your team has several initiatives in flight, a timeline gives a bird’s eye view of what’s happening and when. Last quarter, we made it even easier to choose the time axis that works best with your data, so you can easily switch between daily, wee…