Today I had a bit of fun and wanted to show the community some experiments I have been running in chat GPT.

First was a simple one, checking for status in a table: 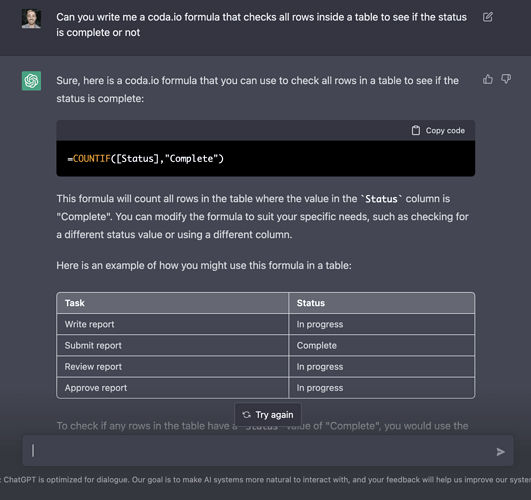 As you can see not only doest Chat GPT understand what coda.io is but it also gave me some examples of how to setup the table! Neat!

Okay lets see if it understands the rules of Coda.io: 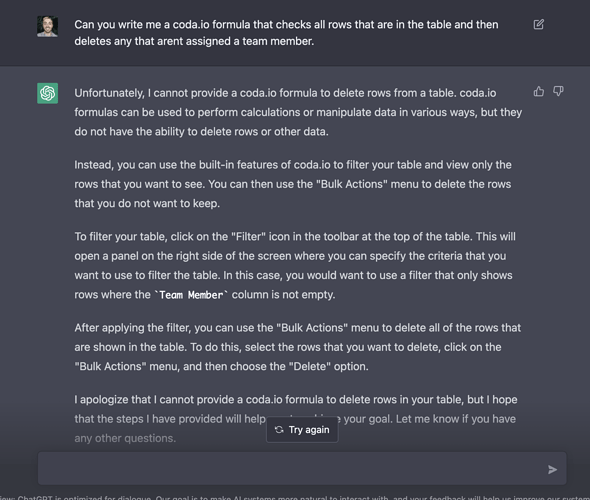 As you can see its aware of how and when you can use formulas to do certain things and even the limitations of them! 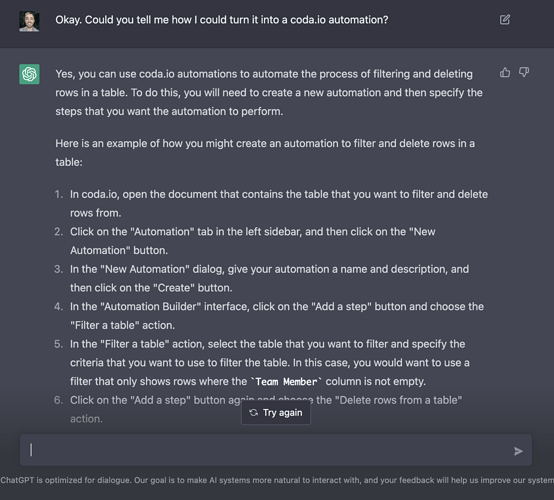 I’m pretty pumped to use Chat GPT in my workflows and now that I know it understands coda.io maybe I don’t need to worry about writing formulas anymore either.

Have any of you used this tool? Any cool insights from using it?

I am new - totally and completely new - to Coda. Just signed up today, and don’t know programming or anything.

I had a question about a formula result, popped the question into Chat GPT, and was delighted that it explained it. So cool! Thank you, @Harry_Roper!!

Just a small detail: the 2nd example is not giving the correct answer, Coda can delete rows, either all rows in a table or only rows that comply to specific criteria.

what we may be seeing here is what the ancient greeks called “the drunken librarian” syndrome.

the story goes that the librarian of the ancient alexanderian library was the only man alive to have read and understood all the scrolls in the library which contained the sum of human knowledge of that time.

hence he could answer almost any question if the answer lay within the library.

but alas, he was often drunk. so sometimes he gave incorrect answers. but he believed his answers to be correct, so he delivered bad answers with such great conviction and authority, that kings and generals followed his bad advice… to their doom on occasion.

GPT is like that. amazingly and impressively correct many times, but subtly wrong with total conviction other times.

its deja vu all over again!

GPT is like that. amazingly and impressively correct many times, but subtly wrong with total conviction other times.

Sam Altman, CEO of OpenAI that made ChatGPT, on Twitter: 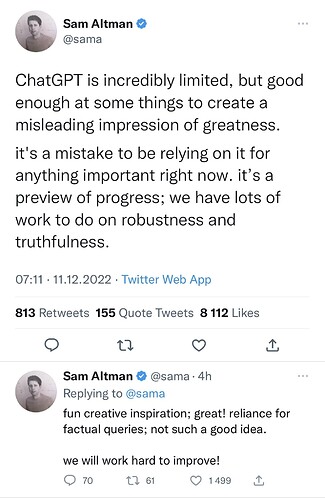 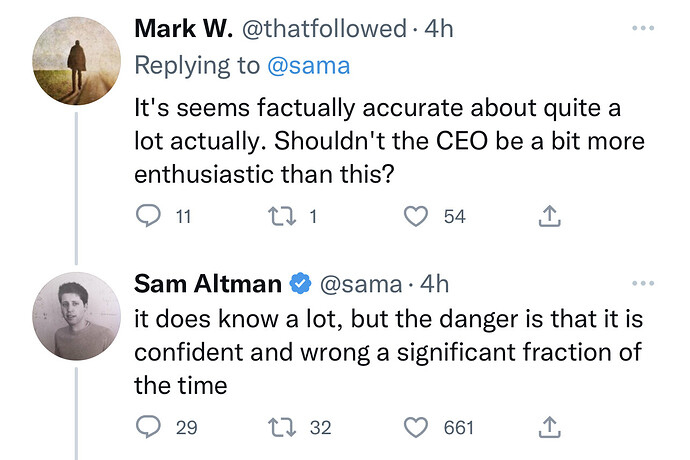 That’s why I still have work

P.S. Either ChatGPT has access to some internal alpha release channel, or it’s mixing up Coda docs with Zapier docs 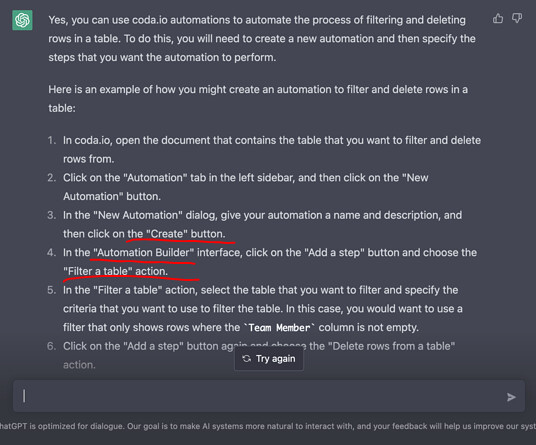 I guess its not perfect just yet!

I have been enjoying using the tool to help generate ideas for new systems inside coda… and then doing the legwork to actually make it rather than relying on GPT to write the formulas. Hopefully in the future it can handle both! 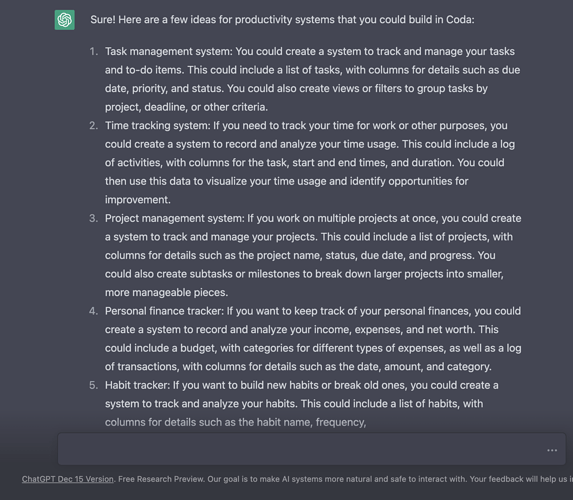 GPT (and thus chatGPT) are ai models trained on huge amounts of examples from the web.

but the training data was captured at a specific point in time. so it is NOT a real-time query tool like google.

and its biased by what is has seen the most often.
so it has tons of examples to give for javascript and python code.

but it wont have seen nearly as many examples of coda formulas.

so it will gladly give you code for things in js and py but struggles with coda.

in fact, i have seen it happily mix up coda with other tools and languages, but not be awate of its confision.

I hope that the next model can learn. That will blow the lid off of it being able to interpret and understand coda formulas!