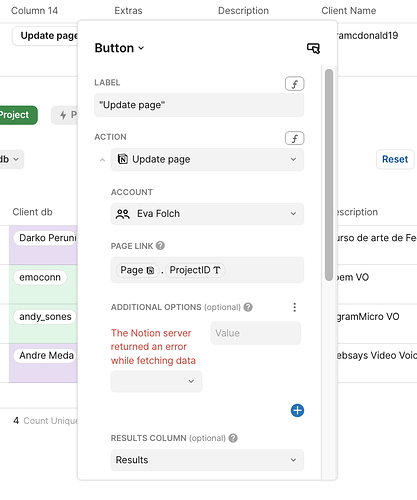 Leandro , I got it to work… and now I understand, it only update in Notion, right? I though it would sync automatically when a change is made in Notion…

what I also need is a button that add a row to a CODA database with the values of the notion database. This I also namaged, but I was wondering if in the same button I can first Sync the Notion database (to check if there are new entries, and then add a row in coda from this values…
I also wanted to ask you if there’s a way to Delete a row from Notion? Maybe with this Update a page button?..
Thanks a lot for your help!

@Eva_Folch you need to use Page.Url instead of Page.ProjectID for the PAGE LINK parameter, that should allow the Pack to fetch the available fields from your database to provide the autocomplete functionality.

The action updates the values in Notion, you can then configure the sync table to be updated every hour, day or manually depending on your Coda plan as well. You also have the action Refresh pack table to sync the data again after taking an action if needed.

You have a DeletePage action in order to remove pages from Notion.

Thanks Leandro, I manage to make it work, and also the deletPage action is great! thanks. NOw I just have to find out why Coda is Duplicating my ClientsDB when I add or update a row in that table from this notion database

There’s always something to improve 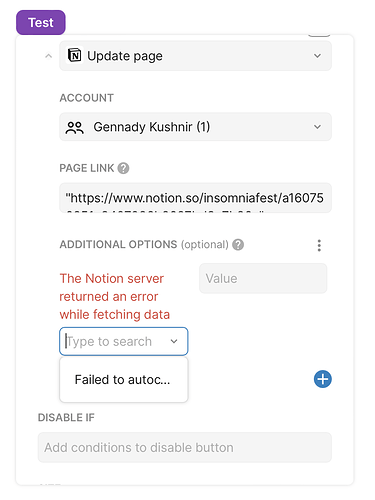 And when I write a formula manually

Hi @genkush, is the page part of a database? Are you trying to update a page property or the content of the page?

I think the problem may be that your page doesn’t have a title, give it a name and you will see that the url will change to something like https://www.notion.so/insomniafest/PAGE-NAME-a160750251c3407086b2027bd3a7b86c, it should work after that and will improve the Pack to handle that case.

It is a part of database (a row). I’m trying to update a property. 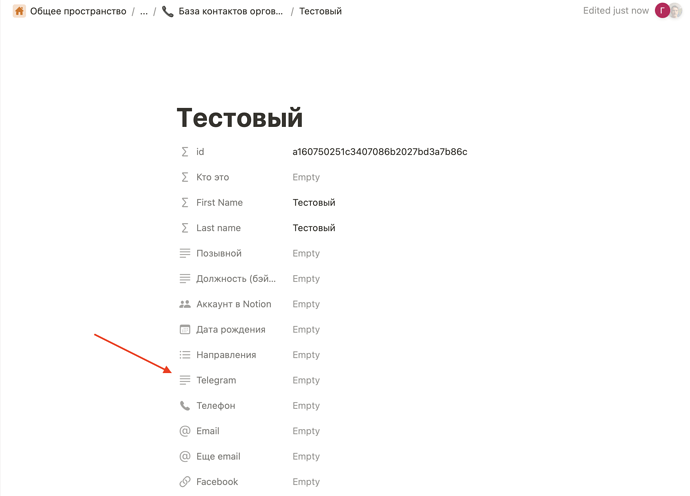 Give it a try again, it should be ok now!

It worked! Thank you!
I’ll keep on experimenting.
The uneasy part will be with linked records (“rollups” in terms of Notion).

Could you go into a little more detail about how to do a 2-way sync? I can’t seem to figure it out. Thanks!

Hi @Wesley_D ! What have you tried so far?

There is currently no way to directly edit the values from Notion in the table, you need to use the action UpdatePage as you can see in other messages in the thread. The best way is to create a new column for each column you want to make editable and add the new value you want there and the configure the action using those columns.

Hello @Leandro_Zubrezki I have another problem with plugin: it fails to sync large table from Notion. Maybe a problem is in huge number of properties (over 40) or maybe because some of them are named with spaces, cyrillic characters and brackets. 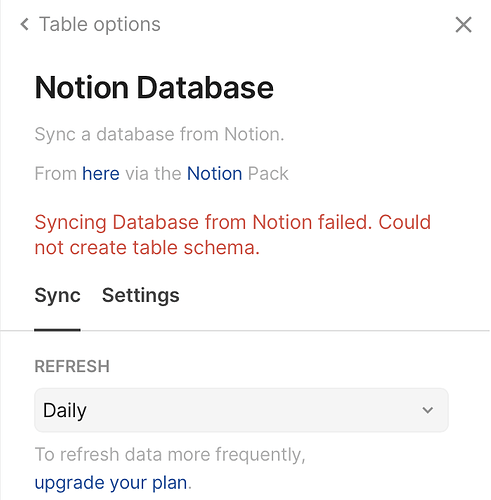 It did sync before today but also with issues: many properties were unavailable and once I found that when I hover cursor on the row label it shows a preview with weirdly names properties 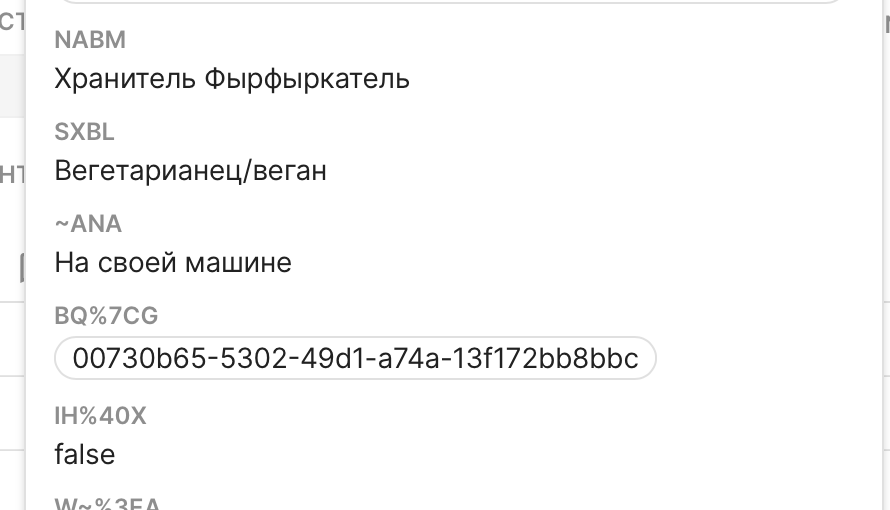 @genkush can you please share some names of the properties you have in Notion? I think the problem is Coda and how it process the names with non english characters. What you see there in the last image are property id’s so I guess Coda falls back to that, @Eric_Koleda maybe can give some additional light.

Here are some most non trivial property names

One thing you could do as a workaround @Leandro_Zubrezki is to first run the property names through a transliteration library (like this one). That would convert all non-latin characters to ASCII equivalents, which would normalize better. For example “Должность (бэйдж) 2023” becomes “Dolzhnost (beydzh) 2023”. I’m not sure how readable that is, but it would ensure the property isn’t broken.

That’s great thanks for the recommendation @Eric_Koleda, will add it to the roadmap and see if I can implement this week for Notion and other Packs where the column names are user defined.

@genkush I’ve just released a new version with improved handling of non-latin characters, give it a spin and let me know how it goes!

Cool! It works now!
Thanks a lot!